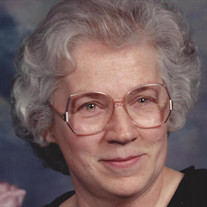 Shirley J. Moore, 75, of Carrollton, passed away Sunday afternoon June 4, 2017 at the Community Hospice Truman House in New Philadelphia. Born December 11, 1941 near Annapolis, Ohio, she was a daughter of the late Alvin and Orpha Wagner Howell. Shirley had held memberships in the Red Hat Society and the New Harrisburg Presbyterian Church. Reading, playing piano, scrap booking, and researching family genealogy were all favorite past times of Shirley’s. She is survived by her husband, Richard Moore; a son, Joel Moore of North Carolina; a daughter, Julie (Howard) DeNoon of Bergholz; seven grandchildren; three great grandchildren; brother, Gary (Joyce) Howell; and a sister, Bonnie (Stan) Ksaizek. Along with her parents she was preceded in death by a sister. Funeral services will be Saturday, June 10, 2017 at noon in Dodds Funeral Home of Carrollton. Burial will follow at Westview Cemetery in Carrollton. Visitation will be Saturday from 10 a.m. until time of services. In lieu of flowers donations may be made to the Community Hospice Truman House, 716 Commercial Ave SW, New Philadelphia, OH 44663, or the Carroll County Library, 70 Second St. NE, Carrollton, OH 44615.

The family of Shirley J. Moore created this Life Tributes page to make it easy to share your memories.

Send flowers to the Moore family.