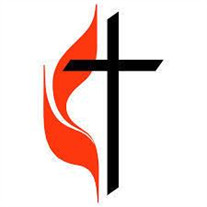 Sandra DeVore, 76, of East Springfield passed away Tuesday evening May 9, 2017 at Trinity Medical Center West in Steubenville, Ohio. A daughter of the late Henry “Bud” and Betty Weidger Householder, she was born January 18, 1941. Sandra was a graduate of Springfield Local High School and attended college at Ohio State University earning her degree in education. After graduation she taught at Jefferson Union High School from 1962-1970. She was a member of Delta Kappa Gamma for over 40 years, Order of the Eastern Star for over 50 years, and was a member of Christ United Methodist Church in East Springfield, where she previously taught Sunday school and sang in the choir. In her spare time she was enjoyed reading and decorating for all the holidays, as well as loving and spending time with her family. Sandra is survived by her husband, Donald DeVore, whom she married June 29, 1963; son, D. Gregory (Jill) DeVore of Tiffin, Ohio; daughter, Deidra G. DeVore of East Springfield; and two grandchildren, Drake and Decker. Along with her parents she was preceded in death by a sister, Linda Ray, in 2014. Funeral services for Sandra will be Friday, May 12, 2017 at 12 p.m. at Christ United Methodist Church in East Springfield with Rev. Robert Welch officiating. Burial will follow in East Springfield Cemetery. Visitation will be Friday from 10 a.m. until time of services in the church. In lieu of flowers donations may be made in Sandra’s name to Christ United Methodist Church, PO Box 127, East Springfield, Ohio 43925. Arrangements were under the guidance of Dodds Funeral Home of Amsterdam.

The family of Sandra DeVore created this Life Tributes page to make it easy to share your memories.

Send flowers to the DeVore family.