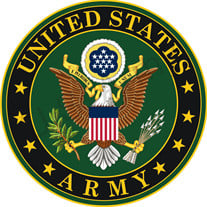 P. Blaine “Blackie” Albaugh, 94, of Amsterdam passed away Thursday afternoon November 1, 2018 at Trinity Medical Center West in Steubenville. He was born May 13, 1924 in Amsterdam, son of the late Harry and Beryl Polen Albaugh. Blackie was an Army veteran of the European Theater in World War II, and was a recipient of the Silver Star. A retired coal miner with the Y&O Coal Mine, he was also a member of the Amsterdam VFW. Surviving him are his son, John (Barbara) Albaugh of North Carolina; daughter, Martha (Paul) McKibben of Amsterdam; five grandchildren, Sean (Tina) Myers, Jonathan (Natalie) Albaugh, Erik Myers, Trevor Albaugh, Laura Dean; six great grandchildren, Vanessa, Mairead, Hailey, Nathanel, Evelyn, Blaine; and a sister, Sara Fankhauser of Minerva. Along with his parents he was preceded in death by his wife, Charlotte, in 2005, two brothers and two sisters. Funeral services will be Thursday, November 8, 2018 at 11 a.m. in Dodds Funeral Home of Amsterdam. Burial will follow in Simmons Ridge Cemetery. Visitation will be Wednesday from 2-4 and 6-8 p.m. in the funeral home.

The family of P. Blaine "Blackie" Albaugh created this Life Tributes page to make it easy to share your memories.

Send flowers to the Albaugh family.