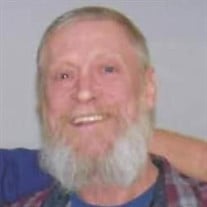 Michael W. Heinzman, 66, of Carrollton passed away December 23, 2020 at his home. A son of the late Howard and Wanda Long Heinzman, he was born September 12, 1954 in New Martinsville, West Virginia. Michael is survived by a son, Kyle (Michaela)... View Obituary & Service Information

The family of Michael W. Heinzman created this Life Tributes page to make it easy to share your memories.

Send flowers to the Heinzman family.