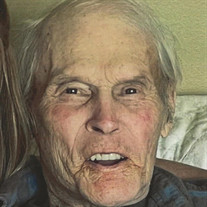 Melvin J. Kohler, 80, of Amsterdam, died Thursday, May 27, 2021 in his home. A son of the late Howard “Earl” and Froma (Kohler) Kohler, he was born May 17, 1941 in Kilgore, Ohio where he grew up on the family farm. During his life, Melvin attended both Kilgore and Carrollton schools. He worked at times as a truck driver and dozer operator, as well as in the coal fields and Y & O Nelsons #2 deep mine. He was also former UMW and Teamster member. Although he had several different careers, he always returned to his love of farming. Melvin married Nora J. Crago on June 8, 1971 and together they had one son, Andy J. Kohler of Kilgore, who now lives on Melvin’s beloved farm. Andy has 2 sons, James D. and John A. Kohler who also work the farm with their dad. Melvin and Nora also had one granddaughter, Andrea L. (Chuck Knox) Kohler of Carrollton, and her son Lenny, who complete the family. In his younger years, he enjoyed drag racing his 1969 Chevelle and could be seen working on motors in cars, trucks, and tractors. More recently, Melvin could be seen riding around the farm in his Kioti with his “little buddy”, his beagle Bo. He loved spending time having his “little buddy” Bo at his side and helping his son Andy and grandsons Jim and John work the farm. His precious granddaughter Andrea was the light of his life. Andrea baked the cookies which Grandpa enjoyed eating together with her, where they formed a special bond. When he wasn’t at the farm, Melvin could be seen at the local auctions with his wife Nora. He always made his way to the tractors that he loved collecting. Although his health was failing, Melvin tried to make it to June 8, 2021, which would have been Nora and his 50th wedding anniversary. He died quietly at home with hospice care and his family and friends alongside him. Along with his parents, he is preceded in death by his sister Ireina Simmons, and two brothers, Gerald and Roger Kohler. Melvin will be buried on his beloved farm at 5095 Bear Rd. in Amsterdam with services to be held on Wednesday, June 2nd at 1:00 p.m. at the pipe yard. Visitation will be held from noon until the time of services. In lieu of flowers, the family wishes donations to be made to Community Hospice or the Carroll County Visiting Nurses.

The family of Melvin J Kohler created this Life Tributes page to make it easy to share your memories.

Send flowers to the Kohler family.