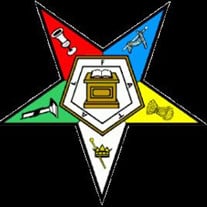 Mary Alice White, 95, of Carrollton passed away Sunday, January 1, 2017, after a brief illness. She was born December 14, 1921 in Scroggsfield, Ohio, the daughter of Allen E. Yeager and Pearl Blazer Yeager. She was a member of Harsh Memorial... View Obituary & Service Information

The family of Mary Alice White created this Life Tributes page to make it easy to share your memories.

Send flowers to the White family.