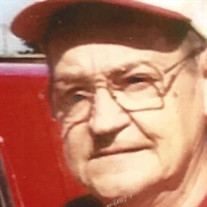 Homer Mills, 83, of Carrollton, passed away Saturday evening while watching his beloved Ohio State Buckeyes with the love of his life, Sandy. A lifelong Carroll County resident, he was one of 14 children born to George and Eileen Mills of the Augusta area. Surviving siblings are Paul Mills of Carrollton, Pauline Cargill of the Akron area, and Martha Dennis and Barbara Klingaman of Mesa, Arizona. Siblings who are deceased are his brothers, Fred, Rex, Joe, Bill, and Earl, and his sisters Evelyn, Dorothy, Olive, and Eleanor. Homer was a hard worker all of his life. He and his wife, Sandy, became local business owners when they purchased the former C & K Shoes from his mother-in-law, Kay Fultz. In 1991, the opportunity to open an Ace Hardware in Carrollton proved to be one of their most challenging and most rewarding business ventures. Even after semi-retirement, Homer was a familiar face in a store, greeting everyone who walked through the hardware doors. As much as Homer loved his Buckeyes (and Indians, Browns, and Cavs), the greatest love in his life was his family. On April 30, 1954, he married the former Sandra Fultz, and they shared 63 years together. During those years, they raised four children: Vicki(Gary) Campbell, Cathy Mills, and Kim Mills of Carrollton, and Jeff (Anne Wilusz) Mills of Johnstown. He was also blessed with four grandchildren and four great-grandchildren and one very special dog, Ace, whose wait for his owner is over. In addition to his immediate family, Homer is survived by several sisters and brothers-in-law as well as many cousins, nieces, and nephews. There will be an informal Celebration of Life observance at Dodds Funeral Home Friday, September 15, 2017 from 5 p.m. to 7 p.m. The family invites all who attend to wear your Buckeyes gear! A private burial was held for the family. In lieu of flower the family asks that donations be made in Homer’s name to the Carroll County Animal Protection League, PO Box 353, Carrollton, Ohio 44615.

Homer Mills, 83, of Carrollton, passed away Saturday evening while watching his beloved Ohio State Buckeyes with the love of his life, Sandy. A lifelong Carroll County resident, he was one of 14 children born to George and Eileen Mills... View Obituary & Service Information

The family of Homer Mills created this Life Tributes page to make it easy to share your memories.

Send flowers to the Mills family.