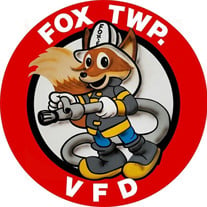 Harold E. Newbold, 78, of Carrollton, passed away July 5, 2020, following a brief illness. Born September 22, 1941 in Mechanicstown to parents, Basil and Helen (Shepherd) Newbold, Harold was a life resident of the area. After graduating Carrollton High School in 1959, Harold worked as the former Carrollton Metal before hiring in at J&L Steel in Louisville, where he worked as an electrician/technician until his retirement in 1998. Harold was mechanically inclined and could fix anything and spent a significant amount of time near the end of his career at J&L working alongside engineers in developing many of the control systems need to operate the facilities. Harold was a former member and captain of the Fox Township Volunteer Fire Department and a private pilot. He spent retirement traveling, especially to Myrtle Beach and Las Vegas, and working with his children on their around-the-house projects. Harold loved aviation, a good war movie, trivia, and spending time with his family. Harold is survived by his wife, Sandy, son and daughter-in-law, Mike and Becky Newbold of Carrollton; daughter, Deborah of Canton; son, Chris Newbold of Mechanicstown; step-son, Steve (Jennifer) Barnett; one brother, Jay (Edith) Newbold of Mechanicstown; and numerous nieces, nephews, and cousins. In addition to his parents, Harold was preceded in death by his brother, Robert. A graveside memorial service for Harold will be held Friday, July 10, 2020 at 1 p.m. in Mechanicstown Cemetery. It was Harold’s request that there be no flowers sent and that instead friends and family make a donation in his memory to their favorite charity.

The family of Harold E. Newbold created this Life Tributes page to make it easy to share your memories.

Send flowers to the Newbold family.