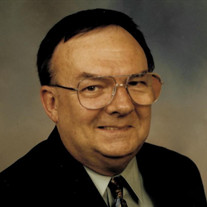 Harold K. Laizure Jr., 75, of Carrollton, Ohio and Mesquite, Nevada, passed away Sunday afternoon October 21, 2018 in St. George, Utah. A son of the late Harold K. Sr. and Dortha Phillips Laizure, he was born December 5, 1942 in Parson, West Virginia. Harold was an active member of the Methodist Church in Mesquite, he worked for Carroll Electric Co-Op for 44 years, of which he was General Manager and CEO for over 10 years. He served on Carrollton Village Council for numerous years, served two and a half terms as mayor of Carrollton, was a past President and board member of Harcatus, and was most recently President of the Falls Association HOA in Mesquite, Nevada. He is survived by his wife, Barbara; a son, Shane (Shelli) Laizure; step-daughter, Amie (Andy) Hoppe; step-son, Michael Francis; four grandchildren, Cassidy, Abby, Vesper, and Donald. Along with his parents he was preceded in death by his first wife, the former Karen Whitacre. Funeral services will be Tuesday, October 30, 2018 at 11 a.m. in Dodds Funeral Home. Burial will follow in Westview Cemetery with full military honors. Visitation will be Monday evening from 5-8 p.m. in the funeral home.

The family of Harold K. Laizure Jr. created this Life Tributes page to make it easy to share your memories.

Send flowers to the Laizure family.