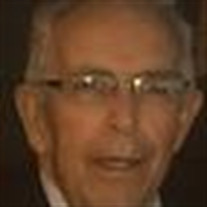 Gary E. Mandley, 78, of Marco Island, Florida and Atwood Lake in Ohio, passed away peacefully at Bethany Assisted Living in Canton, Ohio. The son of the late Furm and Freda Gotschall Mandley, he was born January 5, 1938 in Carrollton, Ohio. Gary was a 1956 graduate of Carrollton High School, where he was a member of the 1955 football team, which was the last Carrollton team to be undefeated and untied. He went on to graduate from Kent State University in 1960. After college, Gary spent his career as a CPA and a Certified Life Underwriter and retired from Westfield Insurance Company. Gary was a true family man who was always proud of his children and grandchildren. Besides his family, his interests included his football teams: Carrollton, Ohio State, and Cleveland. He enjoyed spending time outdoors fishing, hunting, golfing, and boating. He held memberships in many organizations, including 50 year Masonic Organization member, Tadmor Shrine (and also drove for Canton/Massillon Shrine Transportation Unit for the Shriners Hospitals for Children), Bolivar Sportsman’s Club, NRA, Carroll County Historical Society, Carrollton Alumni Association, 1997 Commodore of Atwood Yacht Club, Westfield Country Club, United Church of Marco Island, and the National Accountant’s Association. He is survived by his wife, the former Rita Winings; two sons, Gary (Lori) Mandley of Michigan and John Mandley of Canton; a daughter, Lisa (Andy) Buletko of Canton; seven grandchildren, Blake, Allison (Charles), Sarah, Kari, Brianne, Michael, and Tyler. The family appreciates the support of their friends, the excellent care provided by the staff at Bethany Nursing Home, and Dr. Baum and family. Visitation will be Wednesday, January 20, 2016 from 4-7 p.m. and on Thursday, January 21, 2016 from 10 a.m. until time of service at Dodds Funeral Home of Carrollton. Funeral services will be Thursday, January 21, 2016 at 11 a.m. Burial will follow at Westview Cemetery in Carrollton. In lieu of flowers, the family wishes memorial contributions be made in Gary’s name to Tadmor Shrine Center (Hospitals for Children) 3000 Krebs Dr. Akron, OH 44319 or Bethany Nursing Home, Inc. 626 34th St. N.W. Canton, OH 44709.

The family of Gary E. Mandley created this Life Tributes page to make it easy to share your memories.

Send flowers to the Mandley family.