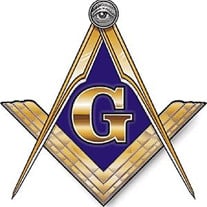 Gary “Argus” R. Harris, 59, of Carrollton, passed away early Friday morning December 30, 2016 in his home. Born February 19, 1957, in Carrollton, he was the son of Lucille Hite-Harris-Slentz and the late Carl Harris. He graduated from Carrollton High School in 1975 and attended Brown-Mackie College in Canton from 2005-2008. He studied criminal justice earning an Associates Degree in Applied Business in Paralegal and graduated Magna Cum Laude. Most recently he was a Private Investigator for several years. He loved helping people and playing Santa in the annual Christmas parade. A talented natural artist he enjoyed creating and painting throughout his life. This culminated in many commercial sign projects from Carrollton, Ohio to Pearland, Texas. He worked for the Chamber of Commerce for a while, and was an enthusiastic advocate for the community. He was also a member of the Carroll Masonic Lodge #124 in Carrollton. He is survived by his son, Tyler Harris of Minerva; step-son, Matthew (Bethany) Little and granddaughter, Ruby, of Keesler Air Force Base in Biloxi, Mississippi; his little buddy, Briar Tranter of Minerva; brother, Larry Harris of Winston-Salem, NC; and mother, Lucille of Carrollton. The family wishes to acknowledge and thank Gary’s close friend, Mike Frisoski, for his friendship and support over the last few years. Funeral services will be Thursday, January 5, 2017 at 7 p.m. in Dodds Funeral Home of Carrollton. Visitation will be from 5 p.m. until time of services. It was Gary’s wishes to be cremated and burial will take place at a later date in Longview Cemetery in New Athens, Ohio. Memorial contributions may be made to Carroll Lodge #124 F&AM, PO Box 35, Carrollton, Ohio 44615.

The family of Gary "Argus" R. Harris created this Life Tributes page to make it easy to share your memories.

Send flowers to the Harris family.